Hardyeans have raised £11,750 in memory of their late Chairman Colin Lucas, who passed away in August. Speaking at the Annual Reunion Dinner, new Chairman Godfrey Lancashire announced the money would be used in four different ways. He recalled that Colin played the tuba 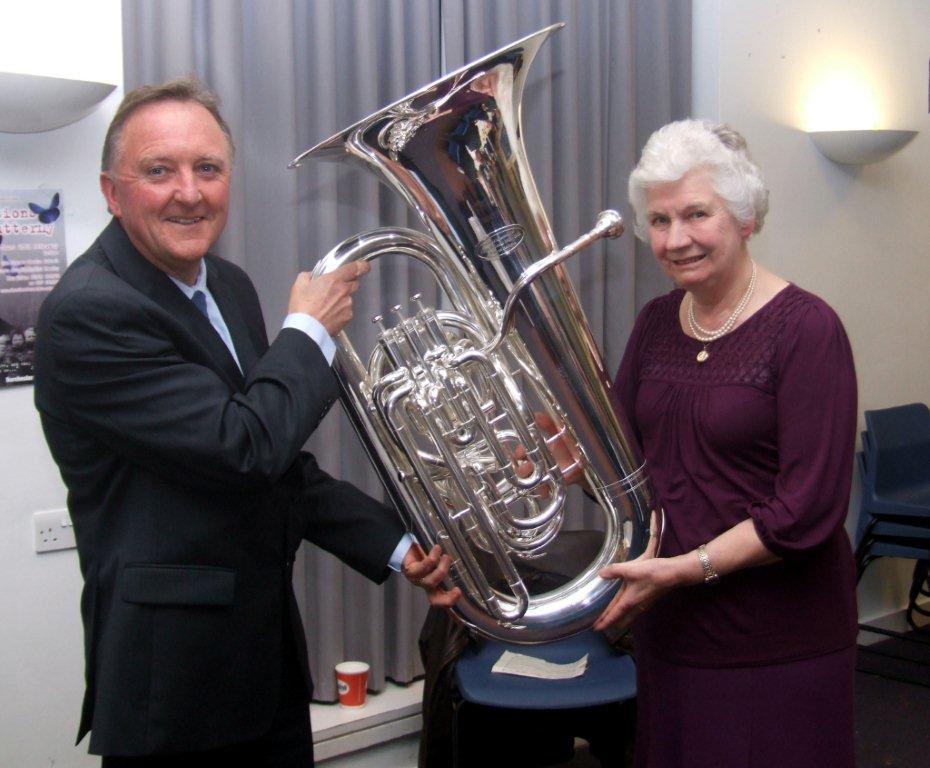 in the Durnovaria Silver Band and coincidentally, the Thomas Hardye School orchestra was in need of just such an instrument. A new tuba had been purchased and engraved with Colin Lucas’ name. To the applause of Old Hardyeans, Colin’s widow Brenda presented the silver instrument to Head Teacher Michael Foley. "I know Colin would have been very pleased," Brenda told members.

A wooden memorial plaque will be installed within the Thomas Hardye School and the new Colin Lucas Cup will be presented to the winner of the annual cricket match between the Hardyeans and the school XI. The residue of the Colin Lucas Memorial Fund, around £9,000, will enable the Hardyeans Club Charitable Trust to institute a bursary in his name, to benefit needy students. 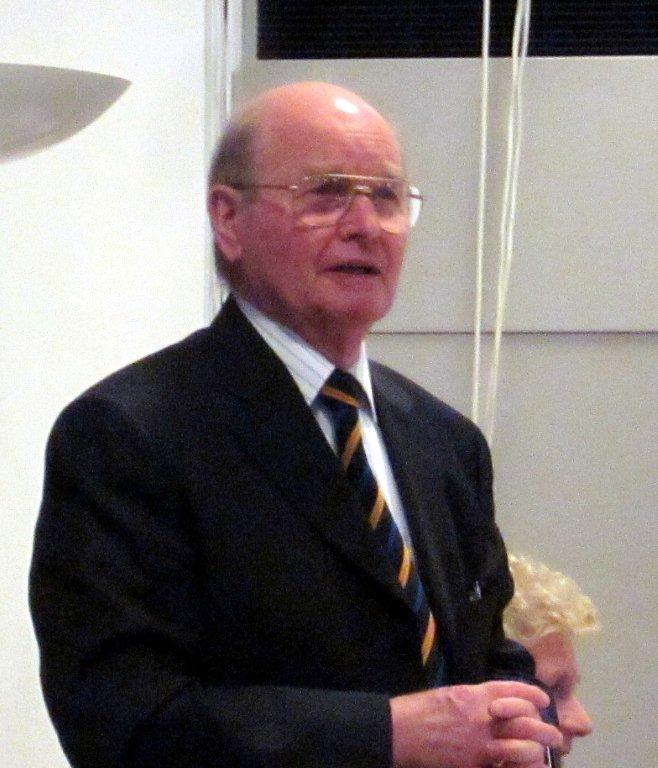 Head Teacher Michael Foley spoke of increasing co-operation between the school and the Hardyeans Club. He did not agree with the modern idea of recreating Grammar Schools - which Hardye’s had been - "we take pupils from all kinds of backgrounds." 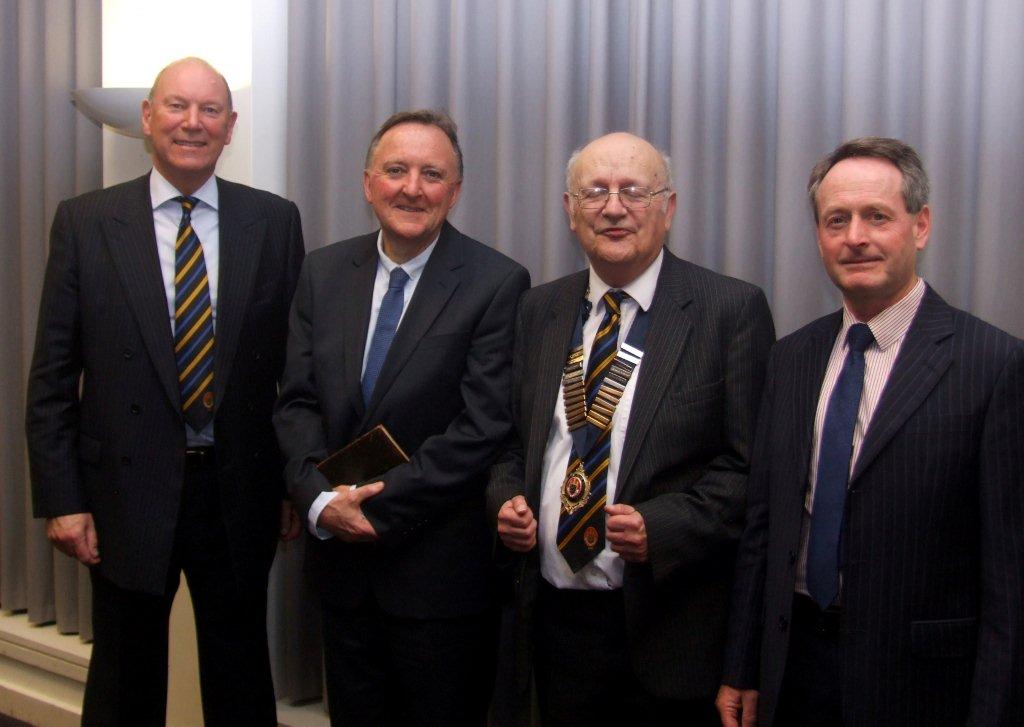 Hardyeans Club. "Thomas Hardye School is in good heart, Governors are very focused and very active," he told the Annual Reunion Dinner. "We want to build a new performing arts centre - but we need a lot more money." Mr. Batt then spoke about his varied life as an auctioneer at Dukes and some of the unusual pieces which had passed through his hands to sell.

Chairman Godfrey Lancashire announced that the Annual Reunion Dinner would be held at the King’s Arms Hotel in Dorchester from next year, on Saturday 21 March 2015. It would mark the 110th. anniversary of the founding of the Old Grammarians in 1905 and feature the first female guest speaker in 110 years - the Rev. Vicky Thurtell, Vicar of St. Peter’s Church.

Before dinner, in a new format, Hardyeans Club Chairman Godfrey Lancashire and the Secretary of the Hardyeans Club Charitable Trust, Captain John Pearson RN, summarised the year’s activities of their respective clubs. The formal annual general meeting has been abolished. The raffle raised £220, thanks to the hard work of Helen and Bob Rench. Godfrey Lancashire was the Master of Ceremonies. Among the guests were 12 sixth formers from the modern school.

Back to Press Cuttings Index